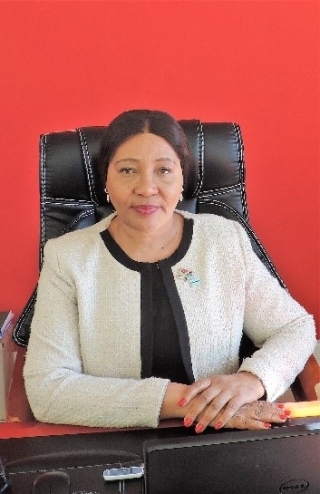 On the 1st of December, 2020, Ms. Maungo Tiny Mooki, Continental President of the Civic Commission for Africa (CCfA), received the Japanese Foreign Minister’s Commendation for 2020. The honour was bestowed on her for the contributions she made towards the promotion of mutual understanding between Japan and Botswana, as well as between Japan and Africa at large, through the commitment and dedication she has shown to the Tokyo International Conference on African Development (TICAD) processes over the years.

Here is the acceptance message from Ms. Mooki:

“I wish to thank the Embassy of Japan in Botswana for thinking of me for the Foreign Minister’s Commendation for 2020 for my contribution to the TICAD process. This reinforces the good relationship my country Botswana and its people enjoy with the government of Japan and the Japanese people.

I wish to also appreciate, on behalf of Africa and all Africans, Japan’s long standing unwavering loyalty and support to Africa’s development as can be attested to by how after the collapse of the Berlin Wall in 1989 and the end of the Cold War, Japan refocused the global interest to Africa after global interests shifted mainly to the countries that formerly comprised the then Union of Soviet Socialist Republics.

I also wish to appreciate my colleagues from Civic Commission for Africa - CCfA, Africa Japan Forum and Japan Citizen Network for TICAD for their commitment to working tirelessly for civil society in both Japan and Africa, the cordial working relationship and team work that contributed immensely to my qualification for this commendation. Lastly, I thank my family and friends, whose support makes it possible for me to do what I do.”